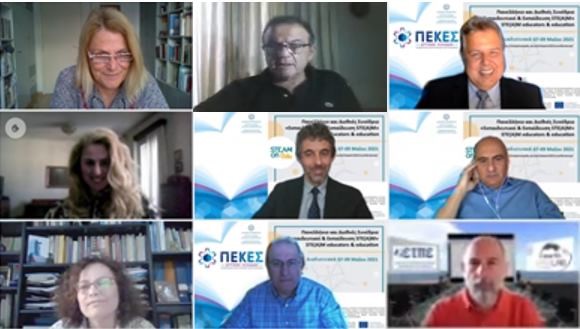 The online Panhellenic and International Conference ” STE(A)M educators & education” started on Friday, 7 May and ended with great success on Sunday, 9 May. It was an initiative for bringing together all people interested in STE(A)M Education and facilitating the dialogue among teachers, educators, researchers, academics, students, education providers and policy makers on the international level. As a result participants coming from all five different continents joined forces to create the STE(A)M Education of tomorrow. 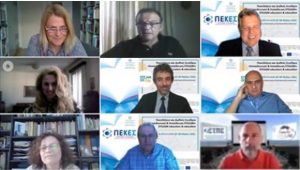 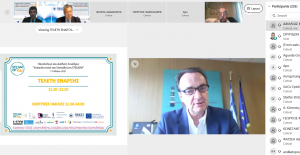 The Conference was greeted by Alexandros Koptsis, General Secretary of Primary and Secondary Education & Special Education of the Greek Ministry of Education, representing the Minister. On behalf of the organizers greetings were made by Mr. Konstantinos Giannopoulos, Regional Director of Education of Western Greece;  Michael Paraskevas, Professor at the University of Peloponnese and Deputy Director of CTI; and Efstathios Efstathopoulos,  Professor and Vice President of Academic Affairs of Hellenic Open University (HOU). 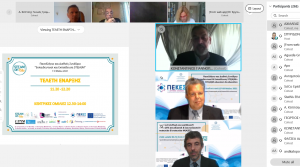 Among others Nicoletta Giannoutsou from the Joint Research Center (JRC) of the European Union, Agueda Gras-Velazquez from the European Platform Scientix , Sophocles Sotiriou, Head of Research and Development of Greek-German Education, Alexandra Papanikolaou, Head of Social Contribution Programs of Vodafone Greece, Sarantos Psycharis, Professor at ASPAITE and President of E3STEM, Tasos Mikropoulos Professor at the University of Ioannina and President of the ETPE and Konstantinos Kalovrecis, Lecturer at the University of Thessaly and Coordinator of the STEAM Scientific Committee of EL / LAK honoured the conference with their presence. 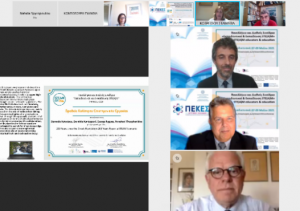 As pre-mentioned the participation of not only teachers but educators of all levels, scientists, researchers and students reached very close to 6,000 people. On average, more than 500 people attended each invited speaker presentation and a total of more than 3,100 people attended each of the three days of the Conference. We are pleased to emphasize the important participation of women in the event, in the programme and in the audience. In the satisfaction survey, at least 96% of the participants stated that their expectations from the Conference were met, as they acquired new and essential knowledge, which will contribute to their scientific and professional development. The comments of all the participants were more than encouraging, stating (more than 99%) mainly the need for a continuation of similar educational – training – scientific activities, which open the horizons, enhance the constructive exchange of views, knowledge and experiences and offer positivity in every educational process. 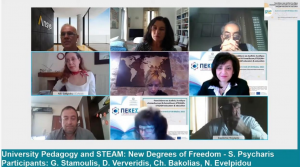 Leading international academics and researchers in the field of education STE(A)M shared the stage with teachers and students who took an active role of lecturers in good practices that have been applied in schools from all over Greece and abroad. In the guest speeches, the audience heard about the STE(A)M dimension of Complexity and Quantum Computing and the possibilities provided in STE(A)M training by the Internet of Things (IoT) and Aerial Robotics (drones), was informed about the different pedagogical approaches, the importance of Computational Thinking and its Integrated Approach, the significant role of Open Schools in STE(A)M Education, saw practical examples of transforming teaching and educational practices by using technology, and also got involved in a fruitful discussion regarding Social Justice in STE(A)M Education.

In addition, participants had the opportunity to see STE(A)M training practices for each level of education, to be trained in new technologies (Arduino, App Inventor etc.) and different fields of application (Environmental Education, Energy, Art, but also the Greek Revolution, Origami, etc.) of STE(A)M training, to reflect on the development of skills and to get acquainted with relevant international projects (STEAMonEdu, CHOICE, etc.), networks (eTwinning) and platforms (Scientix). 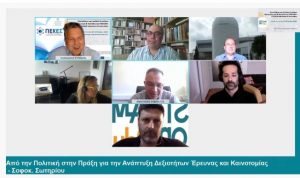 Of course STEAMonEdu was there with a round table on the MOOC entitled “STE(A)M education for educators: Design, orchestration, and implementation of STE(A)M education” presented by Ioannis Zaharakis of CTI and coordinated by Panagiotis Papadouris, Ioannis Zaharakis and Athanasios Iosifides.  It was a great pleasure for all the members of the STEAMonEdu supporting the round table to receive so much enthusiasm and interest from the participating audience on the MOOC’s details and on certain aspects of the project as well.  Moreover, Natialia Spyropoulou  and Achilles Kameas presented the scientific paper “Educators Competences for STE(A)M Education: A case study in Greece”, which also received very positive comments and contributed to the international dialogue for STE(A)M Education among other remarkable scientific papers. 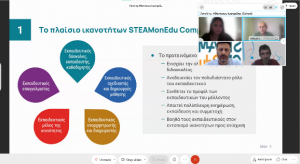 On Friday, 7 May, the best photos and training practices of STE(A)M were awarded in a special session, sponsored by Vodafone Greece and the Generation Next program. At the closing of the conference on Sunday, May 9, the Award for Best Scientific Paper was given to the presentation of S. Kotretsos, E. Kontogouri, G. Reppas and P. Theocharidou, entitled: “200 Years since the Greek Revolution-200 Years Paper: a STEAM Scenario”.They were awarded with the sponsorship of HOU by Professor Odysseas-Ioannis Zoras, President of HOU. 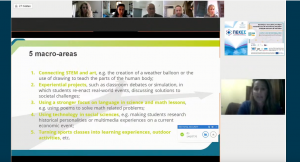 During the three days, in seven (7) parallel sessions and fifteen (15) zones, 11 guest lectures, 54 presentations, 52 teaching practices and 30 special sessions were presented. The sessions were broadcast simultaneously on YouTube channels. The recordings of some sessions have been posted (currently unedited) on the YouTube channel of the Conference and of the Regional Center for Educational Planning of Western Greece. The proceedings of the Conference will be published shortly by the Publishing House of the Hellenic Open University (HOU). The full programme and abstracts are available on the Conference website.

We thank all the speakers, who inspired our colleagues, as recorded in the comments, but also all those who attended the Conference and gave reason for further reflection with questions and their comments. 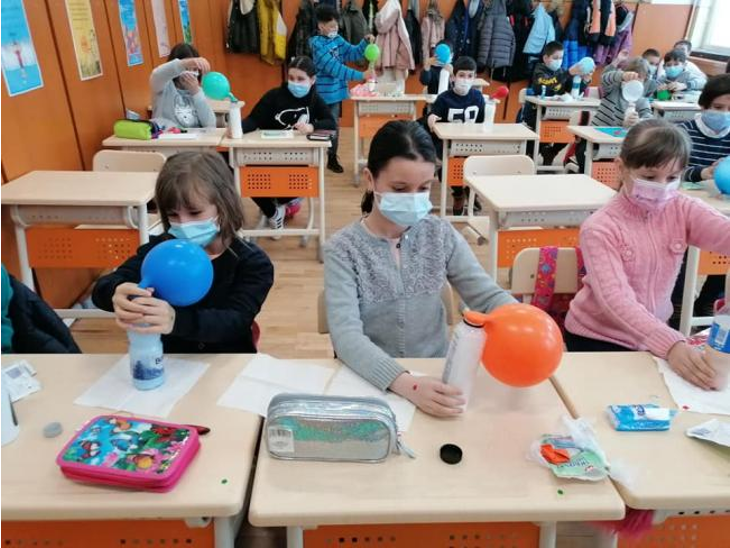 The winning images of the SteamOnEdu photo contest