The STEAMonEdu multiplier event was organised on Saturday 11 December on the occasion of the first edition of the digital innovation with social impact, promoted by the Stati Generali Dell’ Innovazione – SGI.

The event took place in Rome at the headquarters of the Regione Lazio in the Sala Tirreno.

In perfect STE(A)M style, several actors who can influence in various ways the new educational policies in the field of school and non-formal adult education were present. The event was attended by innovators, start-up creators, students from participating schools, and innovation professionals, all working in social impact sectors.

Two competitions were held during the event, one for start-ups and one for schools that have developed STE(A)M projects in the last year.

Two proposals from two different Italian schools were selected for the award ceremony. The jury decided to evaluate an ex-aequo between the artistic high school in Cagliari Foiso Fois, which proposed a solution very relevant to the objectives of the UN 2030 Agenda, and the scientific high school Enzo Rossi in Rome, which produced a more advanced and creative STE(A)M solution.

The jury recognised the innovative value and social impact of the “EnjoyYourWC” project presented by the Foiso Fois Art School in Cagliari, which falls under the theme of clean water and sanitation, one of the goals of the 2030 Agenda. The students developed a website, virtual tours, augmented reality and 3D virtual projects, which can also be viewed with 3D visors. The Roman scientific high school Enzo Rossi presented the project “TDC Tessuto Digitale Connettivo” (Digital Connective Fabric) to enhance young talents projected towards a future in the fashion world, making them protagonists through the use of technologies for the digital production of a dress or an accessory, the use of design and programming software for interactive garments, the research of new wearable, bio or “smart” materials, a physical and functional realisation of the designed dress or accessory”.

During the conference preceding the award ceremony, the results of the SteamOnEdu course, the training materials produced by the project partners and the framework for the construction of training paths and materials for the creation of educational policies to be used in schools were presented.

At the end of its two-year duration, the SteamOnEdu project offers the world of formal and non-formal education something that was missing: an organic system of materials on which to base the discussion, design and implementation of initiatives based on the innovative STE(A)M educational approach, whose philosophy involves confronting pupils with the solution of real problems through the integrated use of scientific, technical and humanistic disciplines. STEAMonEdu has already gathered a community of practice of more than 700 teachers from all over Europe who are active in the creation of STE(A)M learning pathways.

The event was very important for the participants as a SteamOnEdu community was presented where teachers who want to innovate traditional school didactics by introducing STE(A)M activities can count on colleagues and experts in the field with whom they can share STE(A)M activities. 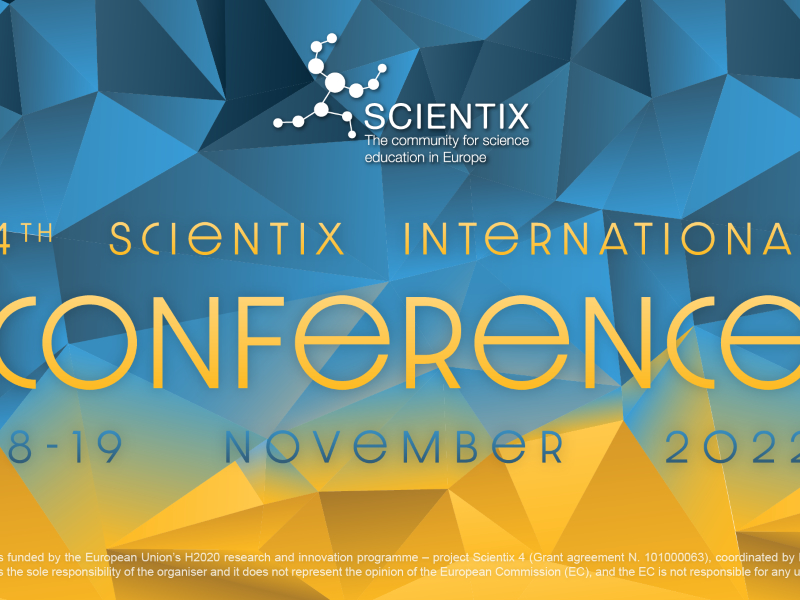